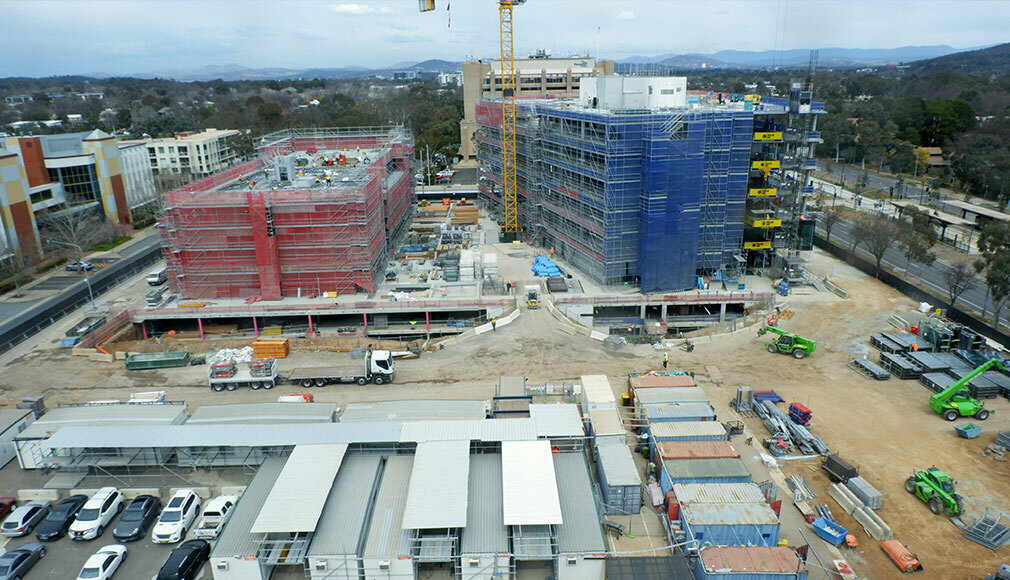 Nearly two years on since the old Access Canberra Dickson shopfront closed its doors in September 2017,  construction started with the demolition of the old Dickson motor registry building.

“The glazing is actually on site and starting go on, so in effectively two months the office building will effectively look complete externally,” said Director of Englobo Group John Susa.

The office building is due to be operating and tenanted by the ACT Government in the second quarter of next year (April – June 2020). Work has begun on the internal fit out of the offices, as well as the public car park.

The car park, managed by Wilsons, is set to house up to 300 underground public parking spaces and includes long stay access, a childcare drop off zone and lift access directly into the heart of the precinct.

Meanwhile, DKSN’s first mixed use residential building is expected to be up and running by the third quarter of next year (July – September 2020).

Named the Cape Apartments, the first stage will feature 102 residential apartments that are a mix of one, two and three bedrooms. The residential building is set to take inner city living to a whole new level and includes a childcare facility, retail spaces and the first stage of Eat Street.

The concrete structure of the Cape building is due to be complete by the end of next month.